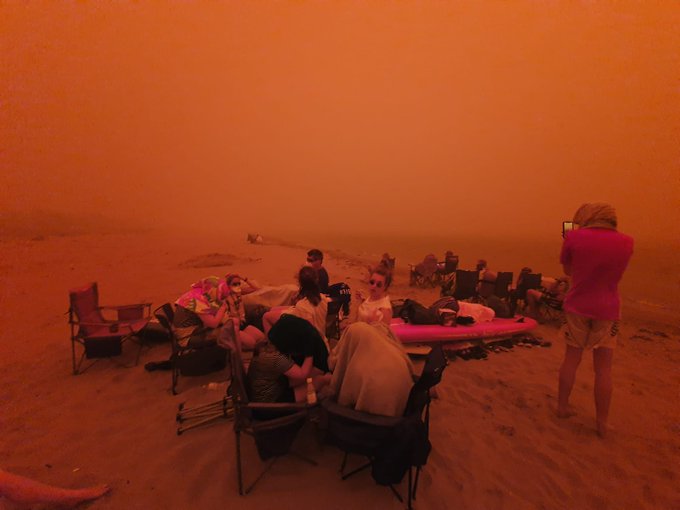 Australia is burning. Our news sites and TVs are full of images described as apocalytic, extreme, horrifying and every other desperate descriptor. These images are from The Guardian on New Year’s Eve.  They were taken at two small, ordinary towns, Batemans Bay and Mallacoota, with people fleeing in terror from approaching flames. 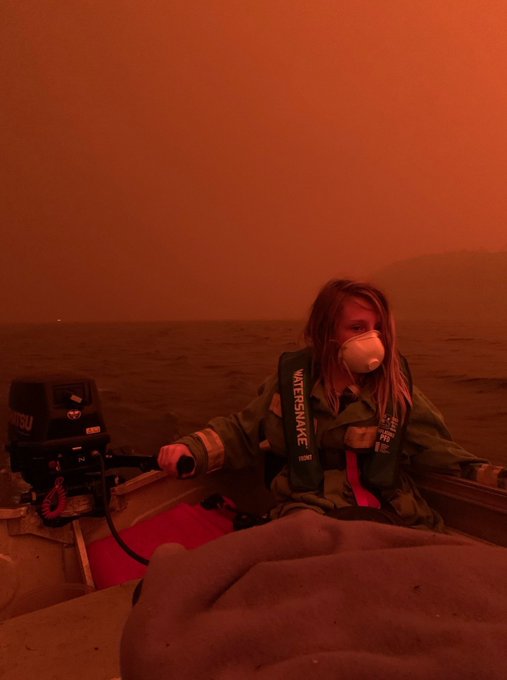 These scenes, and the knowledge that friends and relatives are inhaling hazardous air, worried about their homes and their lives, has rather put the little anxieties of post-Christmas (when shall we take the tree down? how will I lose the extra kilo or 6? how did I manage to forget my greatniece’s present twice?) into perspective. At the same time, I have been involved in a typical Facebook wrangle about climate change, all elliptical argument and missed points.  So this seemed like a good time to undertake a bit more reflection on this gravely important theme.

This report, The Truth Behind the Climate Pledges ,is rather a long read, but worth every minute. Authored by 5 eminent scientists – climatologists, oceanologists who are government and UN advisors – it analyses the pledges made under the Paris Agreement and their potential impact on the world. Amongst other things, it says this:

“As long as global emissions are not rapidly reduced, global warming will continue to accelerate.This means that we could be living in 1.5 degrees C world as early as the 2030s. As a result, weather events and patterns will continue to change, and will adversely affect human health, livelihoods, food, water, biodiversity and economic growth.

Weather events are the result of natural factors. A warming climate has altered the intensity and frequency of heat waves, droughts, wildfires, and severe storms (or heavy precipitation) and hurricanes –both of which lead to flooding. Once-a-century severe weather events are now becoming the new norm.

Because global warming is accelerating, the number and economic losses from weather events are projected to at least double again by 2030. That comes to $660 billion dollars a year or almost $2 billion a day within the next decade.

The world cannot afford these costs on lives, livelihoods and economic growth. This massive price tag is part of the cost of inaction.”

That is the economic argument. But for us Christians, and indeed for all people of faith, there is a more important imperative. Clearly and evocatively articulated in ‘Laudato Si’, Pope Francis’ encyclical from 2015, the need is to understand that our despoiling of creation is not just an act of selfish economic vandalism, but also a sin. This is just a short extract from rather an excellent document.

“8. [Ecumenical] Patriarch Bartholomew has spoken in particular of the need for each of us to repent of the ways we have harmed the planet, for “inasmuch as we all generate small ecological damage”, we are called to acknowledge “our contribution, smaller or greater, to the disfigurement and destruction of creation”. He has repeatedly stated this firmly and persuasively, challenging us to acknowledge our sins against creation:

As people of faith, it is absolutely incumbent on us to be good stewards of creation. As people of reason, able to think critically, it is equally incumbent on us to listen to voices of reason and expertise, and not to value our own opinion above research and knowledge. As people of goodwill, we have to try to see that this is an existential crisis which demands cooperation across boundaries – barriers of race, nationality and religion; and that it is the rich countries of the world that bear most responsibility. It is our responsibility, indeed our fault to a large extent,  retrospectively, in that we have created much of the problem by our compulsive over-consumption and greed; and it is our responsibility now, in that we have the resources of finance and research capacity to DO SOMETHING ABOUT IT!

Perhaps the appalling nature of what we see today in the beauty of Australia, alongside our own, lesser, changes (no winter yet in Latvia….) will finally, in this year of 2020, give us 20/20 vision and total clarity about the absolute imperative to really tackle this. Now, obviously, as most of us are not MPs, presidents, CEOs, or even Greta Thunberg, we are not going to be able to change the socioeconomic environment we live in. Clearly. But on the other hand, each of us can still be involved – campaigns, letter-writing, political pressure, Extinction Rebellion or whatever each of us chooses. 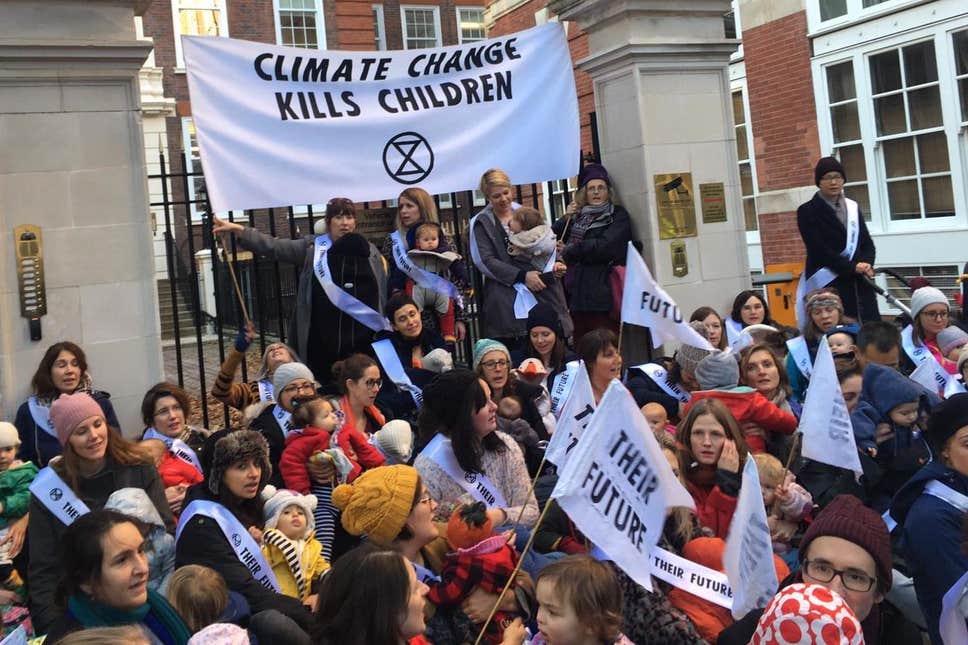 Those of us less able to be active, can perhaps donate to those who can be involved. And each of us can do small things, which in and of themselves will not save the planet, but which at least will lessen the harm. Zero Waste, buying fewer clothes, travelling less by air – consuming less, in general, for the affluent parts of the world would do much good for creation, and, indeed, for our own souls. And for those of us with a faith – prayer, proclamation, study – a gentler, simpler lifestyle. If nothing else, that will help to relieve our own climate anxiety, for while righteous anger is good and empowering, gnawing anxiety is bad and depletes our energy.

So here’s a profoundly beautiful prayer by Rabbi Daniel Nevins to conclude.

Eternal God, You created the heavens and earth in love.

You fashioned plants and animals,

breathing Your spirit into humanity.

We have sinned against You by throwing off all restraint,

and we have sinned against You by rashly judging others.

We have sinned against You by plotting against others,

and we have sinned against You through selfishness.

We have sinned against You through superficiality,

and we have sinned against You through stubbornness.

We have sinned against You by rushing to do evil,

and we have sinned against You through gossip.

We have sinned against You through empty promises,

and we have sinned against You through baseless hatred.

We have sinned against You by betraying trust,

and we have sinned against You by succumbing to confusion.

For all these sins, forgiving God, forgive us, pardon us, grant us atonement.

We were created amidst a clean and pure world,

but it is now degraded in our grasp.

Not on our own merits do we beseech You, Adonai our God,

for we have sinned, we have wasted,

we have caused vast damage:

For the sin of filling the sea and land with filth and garbage;

for the sin of destroying species that You saved from the flood;

and for the sin of laying bare the forests and habitats that sustain life.

Please, God, open our eyes that we might see the splendor of Your creation.

Then we shall praise You, as it is written: “How great are Your works, Adonai! You have made them all with wisdom; the earth is filled with Your creations” (Psalm 104:24).

Remove the heart of stone from our flesh, and give us a feeling heart. Grant us wisdom and determination to safeguard the earth beneath the heavens.